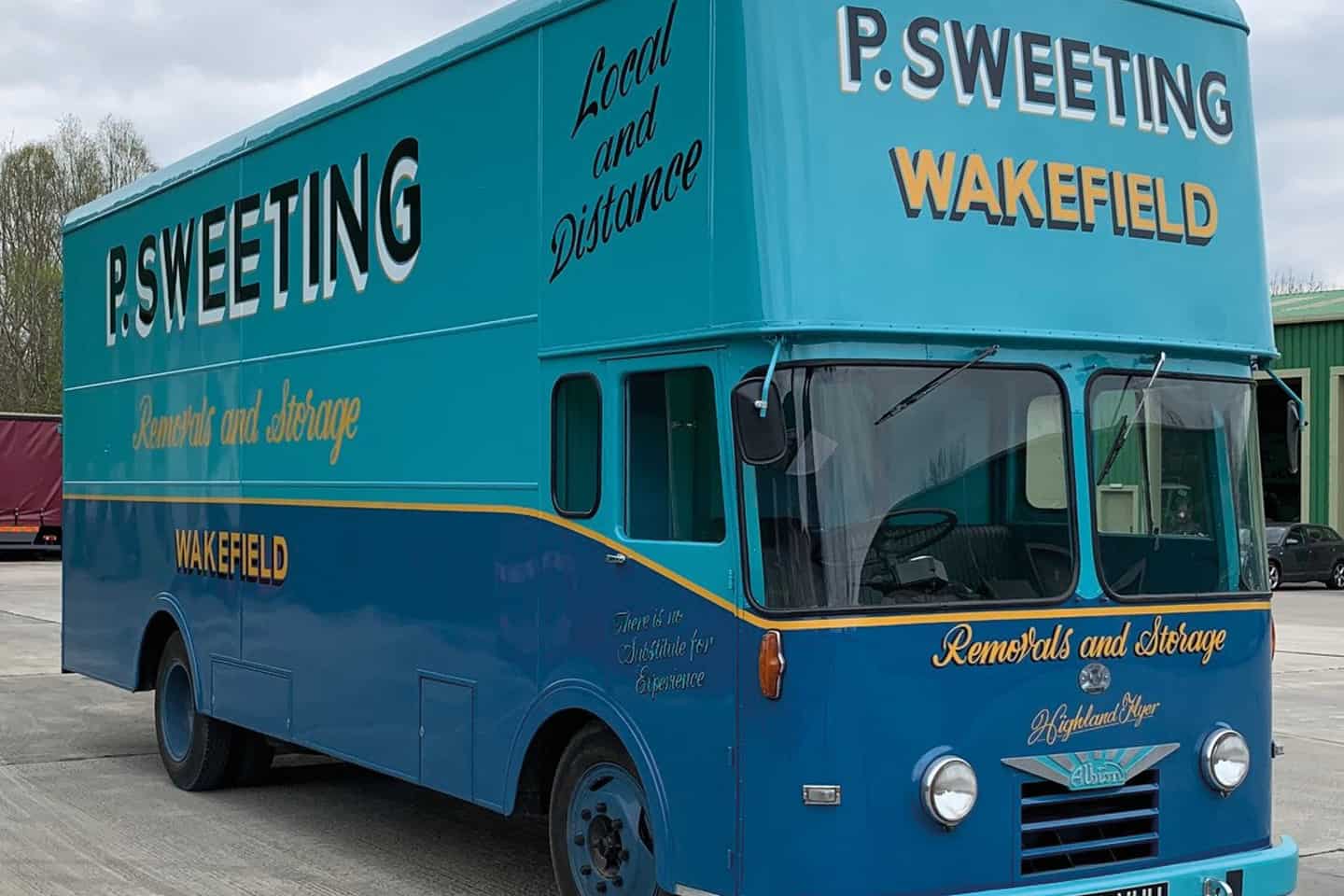 The Sweeting family aquired the vehicle in July 1998 and, since owning it, have made some significant improvements to it. In the last 5 years, they have restored the vehicle to its current showcase condition. The works undertaken involved re-pannelling, removing the engine and gearbox and then repainting all the chassis and body whilst the engine and gearbox bay was empty. The truck has been repainted in period colours and in the company’s distinctive livery. This glorious example of a traditional removal truck of the period has been displayed at numerous shows around the country, including the trans-pennine run, as well as at shows such as Tyne Tees, Scorton Albion and Wakefield Fleur De Lys.