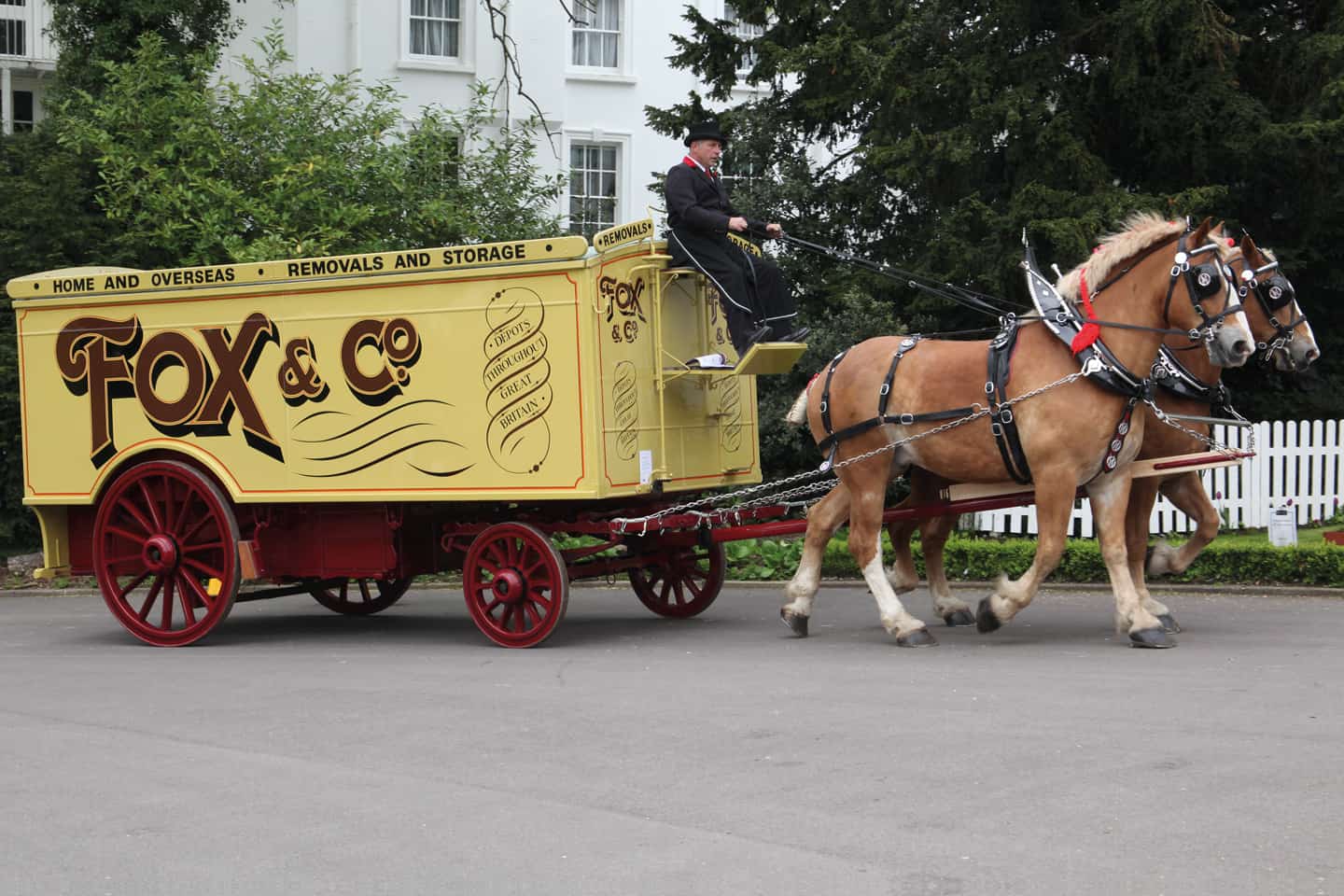 Acquired by the Fox family in the late 1980’s, this fine example of the Victorian horse drawn pantechnicon is designed to be drawn by 1,2 or even 4 heavy horses when fully laden and is known to have been carrying out furniture removals well into the 20th century. These pantechnicons were often later drawn by steam traction engines and even early motor lorries. The ‘town boards’ would allow goods to be carried on the roof and the tunnel van design suggests these were carried on open rail carriages over long distances.