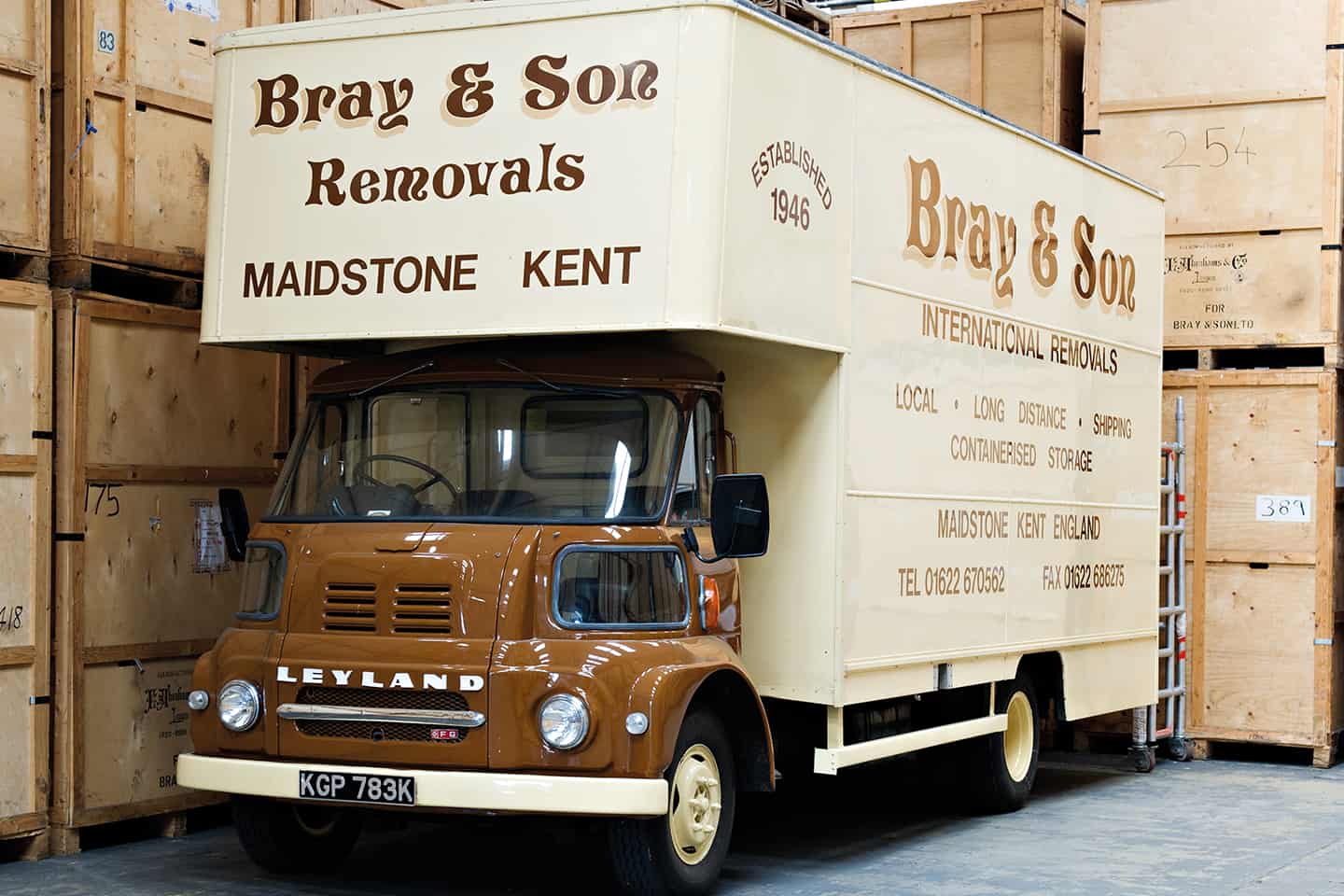 For many years, Bray & Son have used their Leyland FG for carrying out removals and long ago gave him the name ‘Eric.’ Some years ago began the reconditioning process with Eric being finished off in the Bray signature colours. Eric has now gone into retirement from the removals business but is kept very busy and has attended many truck fests and historical vehicle shows over the years. Eric has also gone on to carve out a new career, namely having cameo roles in films such as Made in Dagenham, Brighton Rock(the remake), The Railway Man, White Gold & Outlander to name but a few.