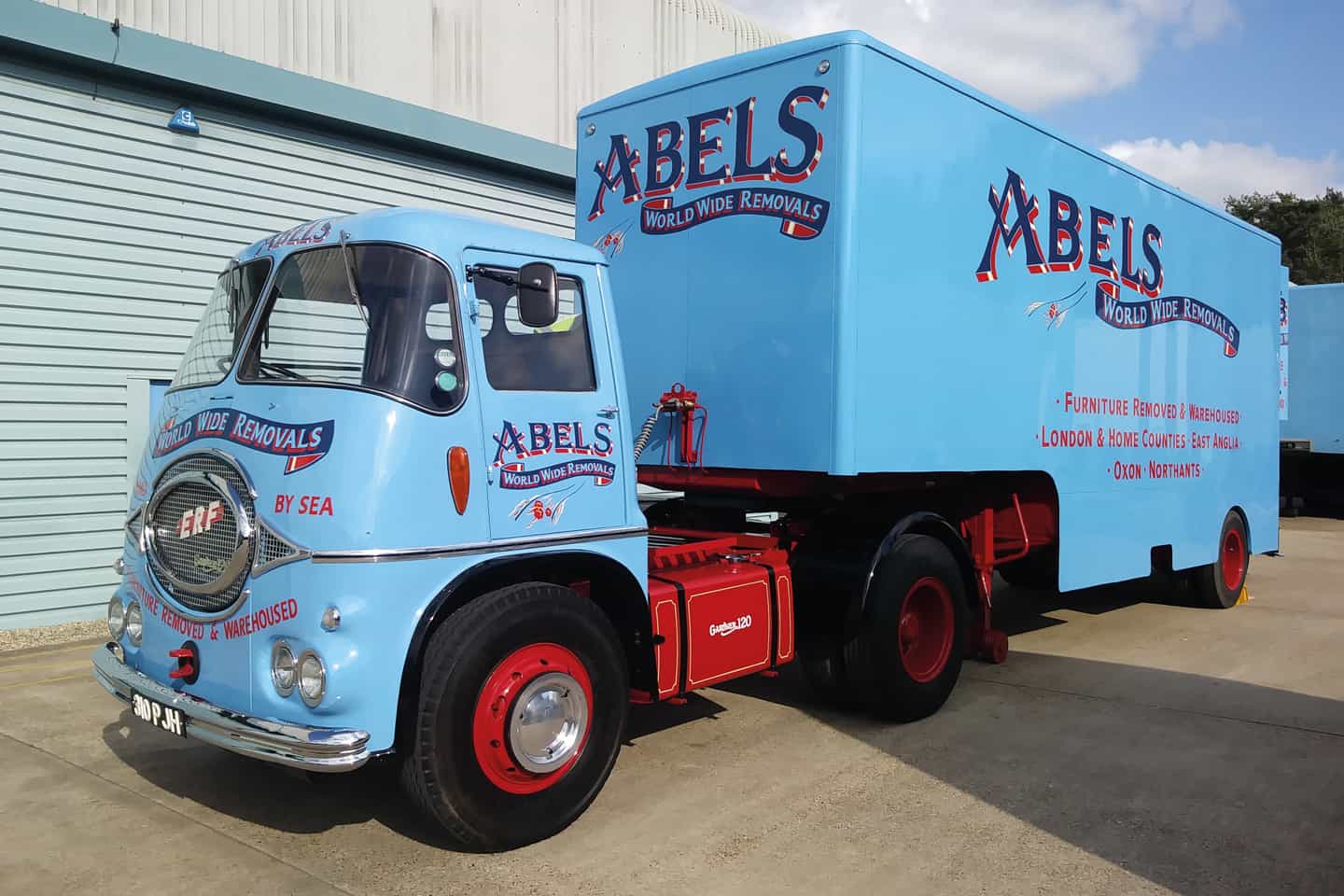 7 The ERF was built in 1962 and originally registered in February 1963 and previous owners include R.C. Robinson Haulage, who had it stored between 2013/17 with other vintage vehicles in a barn in Lincolnshire awaiting restoration. Prior to this, it belonged to William Hayes Transport based in Walsall, and for whom the vehicle was extensively shown at events. Its original owners were called Fine Fare Ltd, a famous supermarket chain that became Associated British Foods. It is powered by a Gardner 120 N K 8100cc engine 64G2 and has a test speed of 56mph.

It was purchased by Abels in 2017 who then commenced a nut and bolt restoration including cellulose paint and hand sign writing. The Eagle semi-trailer dates back to 1950 and was previously owned and shown by E.Bailey & Sons of Mottram Nr Stockport who were a transport company that also carried out removals & storage. Abels purchased the trailer with the ERF in 2017 and then commenced a sympathetic repair and restoration to its former appearance. Previous alterations were removed, vents repaired, roof restored, flooring returned to hardwood, chassis media blasted and repainted, corrosion repaired, and finally cellulose paint and hand written signage complete the look by using the Abels historical fleet livery.