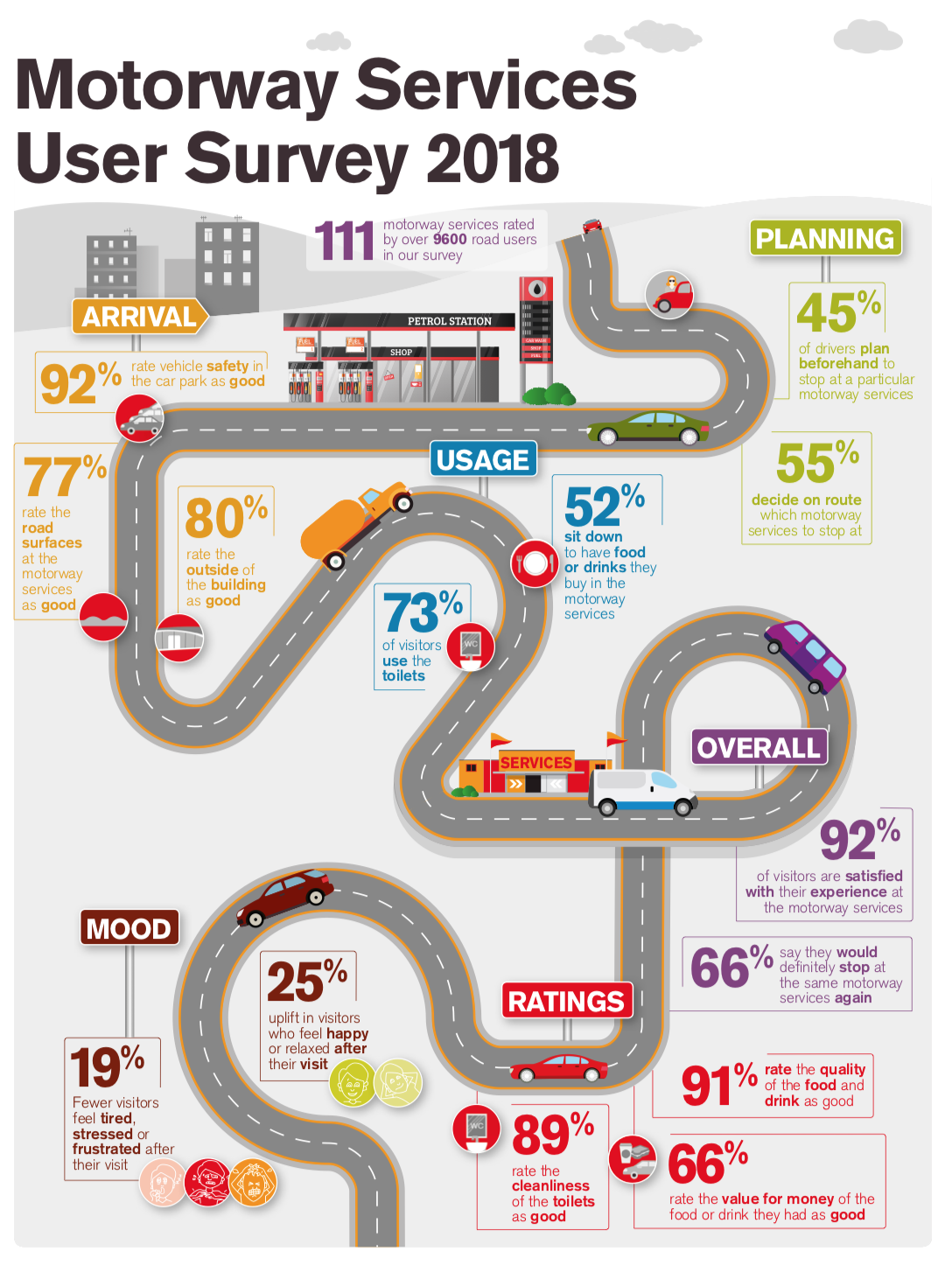 HGV drivers give lower ratings to motorway service facilities according to a survey carried out by Transport Focus. After speaking with 9,600 visitors, they found that hauliers were among the least satisfied with services. Only half of HGV drivers rated ‘parking value for money’ as fairly good or above. Whilst that’s up from last year, it’s only a meagre 3% increase. Just over 60% of service users rated HGV parking as fairly good or above.

One professional service user told Transport Focus that HGV parking “doesn’t feel safe” and that they “have to dodge the traffic”. One person said they felt confused when they came to park and didn’t know which space was for trucks and which was for cars. Another visitor complained that services needed to cater more to female lorry drivers, and that some don’t provide showering facilities for women.

“This survey shows just how poor the standard of truck parking and facilities are in the UK. Safe, secure truck parking for drivers to rest in is a necessity, not a nice-to-have – and its high time truckers had proper toilet and wash facilities – they shouldn’t have to put up with this.”

All customers were also less satisfied with the value for money, with the cost of fuel causing the most frustration. More than half of visitors said they found it annoying that fuel costs more at service stations.

One visitor said they don’t buy fuel at motorway services as “they’re always too expensive”. Transport Focus said in their report that: “there is a challenge for the industry to allow people to feel that their purchases and overall experience at the MSA are worth the money they are spending.”