This week, I’ve been looking at the trend in the housing market over the past couple of months. At the beginning of March, nationally we were seeing over 35,000 new properties listed For Sale each week. Then the Pandemic really hit and this number dropped week on week from 16th March onwards, eventually reaching a low of just over 3,500 new instructions coming on to the market. A 90% decrease. In terms of sales being agreed throughout the UK, the volume has fallen from around 27,000 each week at the beginning of March, to just over 2,500 in the week commencing 13th April.

However, since the week commencing 20th April, we’ve seen both the number of New Instructions and also the number of Sales being agreed rise week on week. 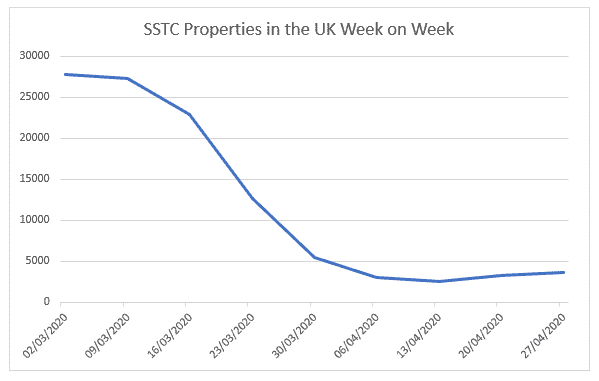 It’s a similar looking table for the Rental Market too, however the increases started a week prior to the Sales market: 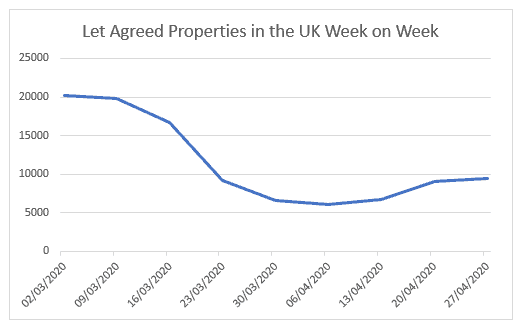 So are we to assume that we’re coming up the other side of this current trough? There’s still a long way to go to get volumes across the UK back to where they were earlier this year. But the latest Government news to get the housing market moving again, albeit only in England, with advice and guidance for how Estate Agents and Removals companies can start to work again, has surely given us all hope that the market will resume in some form from now on.

Remember also, as I have previously stated, there are around 450,000 buyers and renters that have not been able to move since March when restrictions were put in place and who will now be hopeful that they’ll be able to pick up where they left off.