So, just over a week since the housing market was opened up in England. I hope you have been one of the companies that have seen a number of enquiries coming through. Our data has shown an increase again this last week in the number of properties coming on to the market and also an increase in sales agreed. This was also echoed in the rental market. Since restrictions in the UK were lifted on 13th May, we’ve seen 8850 properties agree sales throughout the UK, which is a massive number compared to recent weeks. 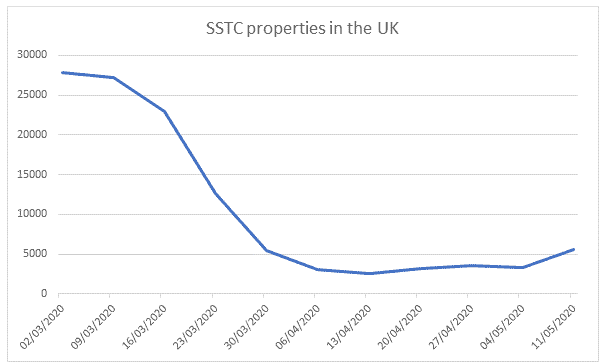 The Eagle Eyed of you will notice the small drop in both rentals and sales in the week commencing 4th May. This was the Bank Holiday week, so only a 4 day week for the majority of the UK. This would have affected the overall numbers, but we only saw a small drop week on week showing that there was also a general increase in new properties coming to the market as well as sales/lets being agreed.

The other interesting thing we’ve seen is the number of Fallen Through transactions we’ve seen since 13th May, which is more than double the number that we’d seen in any week throughout April. If you offer storage, then these fallen through transactions could well be a good consumer to target as they could have already packed up their belongings, or begun to, and would not want to unpack in the hope of finding a new buyer soon.