Sales being agreed across the UK rose by 1/3rd in the week commencing 25th May compared to the previous week and are now at 72% of the same week in 2019. When we consider that these volumes were down to 11% of last year’s numbers, we’re looking at a vastly improved housing market. Still a long way to go before it’s consistently back to its booming best, but getting there! 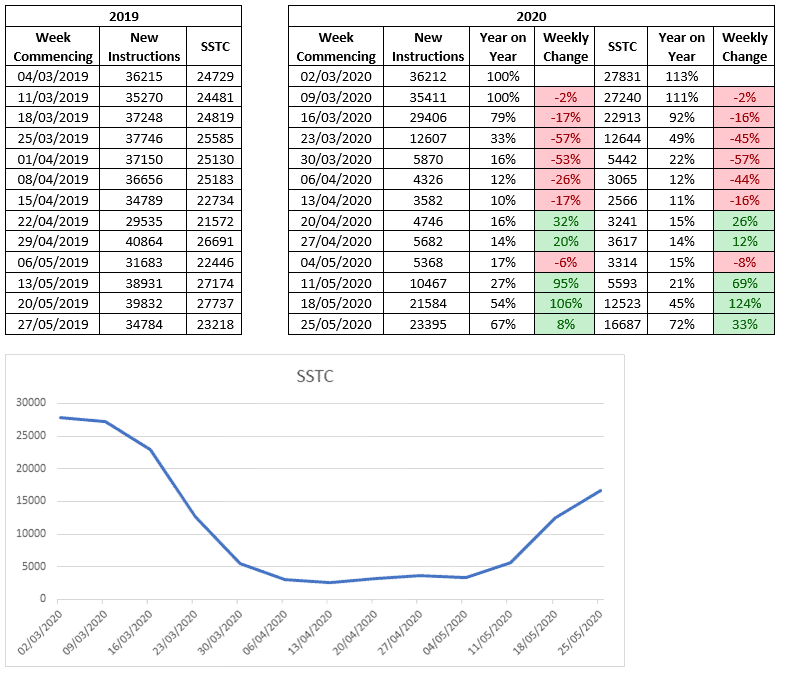 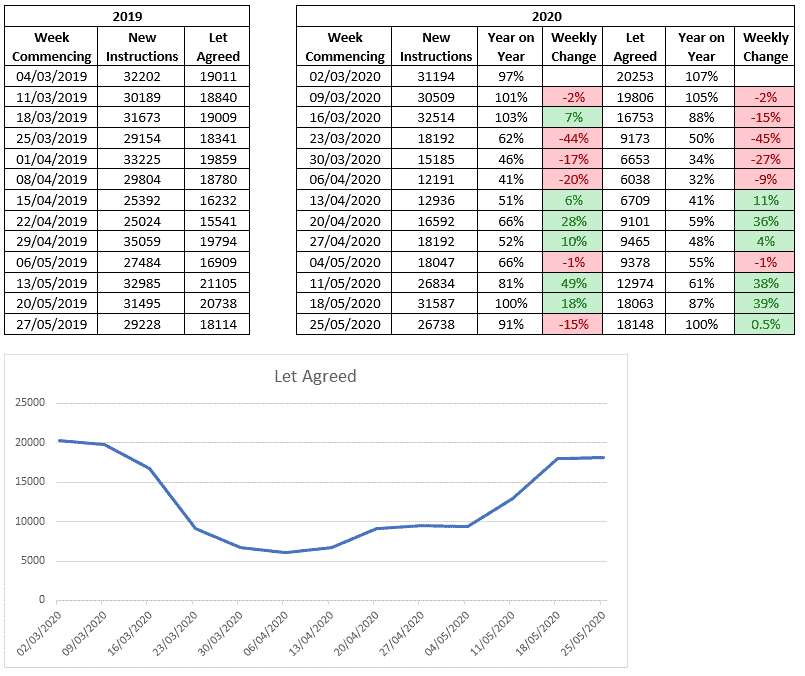 Now when we think about the timescales involved in the transaction of both sales and rentals, in Q4 2019, the average time between the sale being agreed and completion of the transaction was just over 15 weeks throughout the UK. So while these are positive improvements in terms of seeing sales being agreed, they will take a while to get through to completion over the coming months. The worry is still that the initial boom of completions on chains that were stuck during the first 2 months of lockdown before restrictions in England were lifted on the 13th May, will still be followed by a short period while the transactions from after the restrictions were lifted catch up.